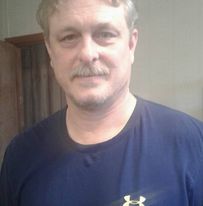 Sheriff Jeffrey D. Paden announced that Investigators from his office recently presented cases involving Theft from the Elderly to the grand jury against a Senecaville man. Sheriff Paden said that indictments charging two counts of Theft from the Elderly, both felonies of the fifth degree were returned against Mark A. Murphy, age 61 of Senecaville.

Murphy has been arraigned in the Guernsey County Common Pleas Court and was released on his own recognizance. Murphy is alleged to have been provided money to do construction or renovation work on two separate homes and failed to do any work on the homes after several months. Sheriff Paden would also like to remind citizens that they should never give money to a contractor prior to work being completed and if supplies are needed for any work, that the person should either purchase the supplies themselves or accompany the prospective contractor. He added that you can also check the Better Business Bureau for previous reviews.